When I was a kid, the white-washed walls of a doctor’s waiting room pointed to only one thing: checking out the “Where’s Waldo?” book. Forget “Home and Garden” or “People” magazines — my eyes eagerly searched for the familiar time-waster of trying to find Waldo in the midst of the messy crowd.

Sorting through prophecies and symbolisms of the Old Testament can feel similar, like an intricate game of “Where’s Jesus?”

But the richness of God’s Word is that it often reveals a deeper truth if you know where to look.

Jesus often pointed to the “beginning” (Genesis), the Law of Moses (first five books) and the prophets (Jeremiah through Malachi) to reveal God’s plan for mankind and clues to recognize the Savior. For the Jews of his time, understanding the Old Testament was key to discovering that Jesus is their promised Messiah.

And if you have heard the Good News from the New Testament and received Jesus as your Savior, Old Testament prophecies and symbolism provide further proof and assurance that Jesus is the Christ, the son of the living God.

This feast remembers the last plague in Egypt, when the angel of death “passed over” the children of Israel who applied the blood of the lamb to their doors. The Israelites took a bundle of hyssop and dipped it into the blood in the basin at the threshold. Going up, they put it up on the lintel, then touched the two sides of the frame (Exodus 12). Can you see the imagery? Bottom to top, side to side: the motion formed a cross. 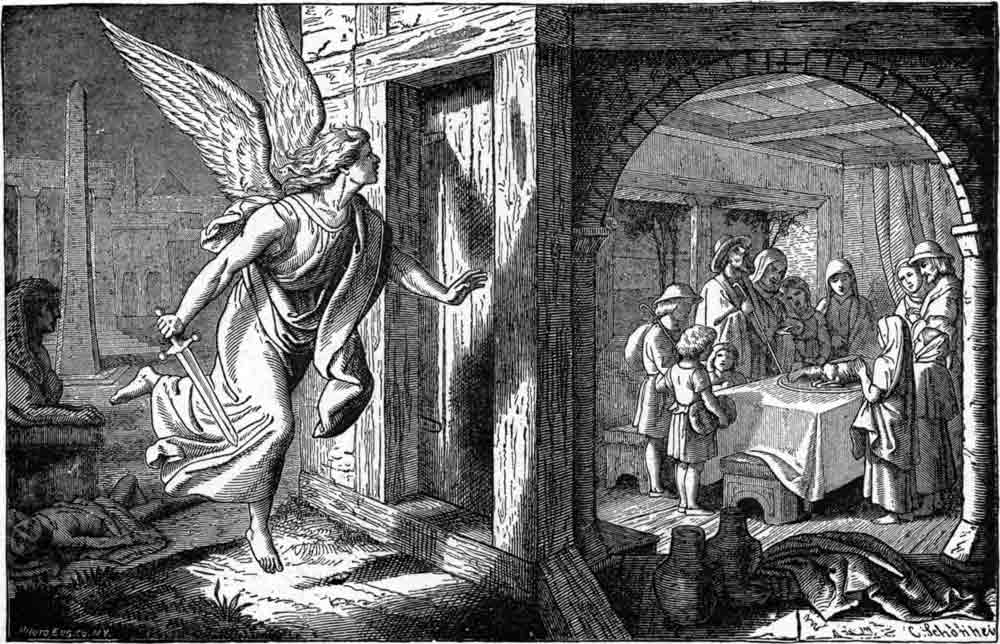 When John the Baptist said, “Look! The Lamb of God who takes away the sin of the world!” (John 1:29, NLT), he understood the Old Testament reference. And in the New Testament we see that Jesus — born in a stable, visited by shepherds and led to the slaughter — is that lamb sent for us. His death allows the judgement we deserve to pass over us.

When we accept Christ, we accept the loving gift of a second chance — because of his death on the cross, we have a clean slate!

This seven-day feast begins on the day following the start of Passover. In the haste of the Israelites to leave Egypt, there was no time to add leaven (yeast) to their bread. During this time, remembering the hardships in Egypt and how God freed them from captivity, the Jews eat nothing leavened.

Leaven often represents sin and decay in the Bible. Once incorporated, yeast becomes an inseparable part of the bread; the same is true for sin’s effect on our lives. The Jews were constantly sacrificing unblemished animals to temporarily atone for sin. Only the Messiah, the perfect sinless sacrifice, could offer a permanent solution.

The unleavened bread represents Jesus’ sinless life; he is the only perfect sacrifice for our sins.

In John 6:35, Jesus boldly states that he is the bread of life. Not only does he remove our sins, he nourishes our souls!

The Feast of First Fruits is one of three Jewish harvest feasts to thank and honor God for all he provided. Although they didn’t know it at the time, the children of Israel were celebrating what would become a very important day. 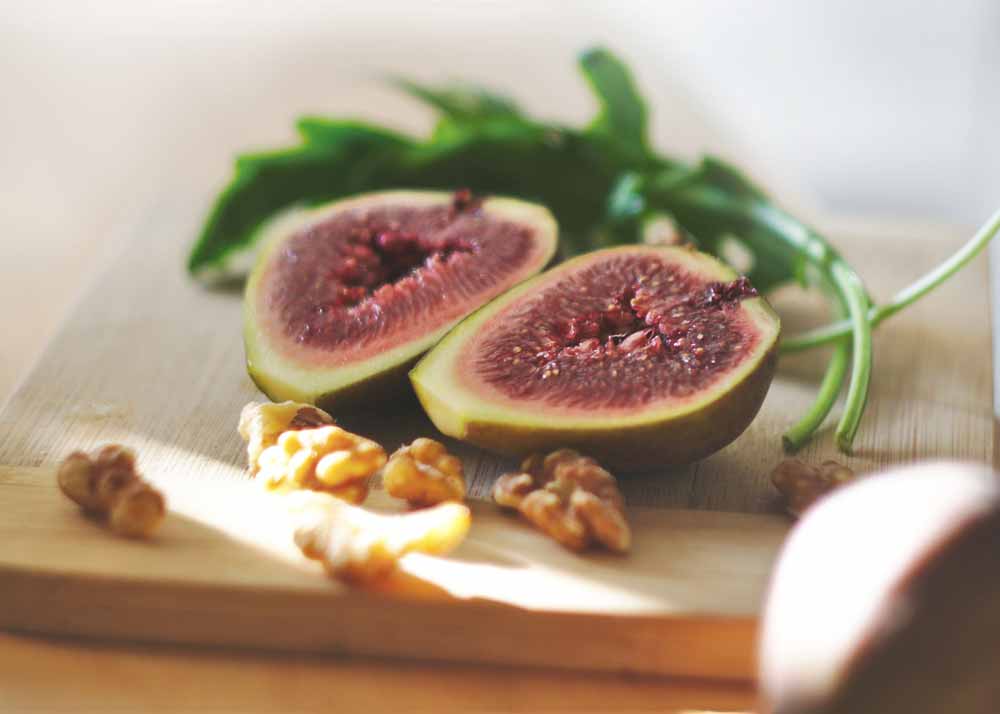 The priests sacrificed Passover lambs on the 14th day of the month of Nisan, and the first day of Passover was the 15th. The Feast of First Fruits was celebrated the third day, the 16th of Nisan. This “third day” celebration was the same day that Jesus resurrected from the dead. In 1 Corinthians 15:20 Paul refers to Jesus as the first fruits of the dead. He represents the first of the great harvest of souls — including you — that will resurrect to eternal life because of the new covenant in his blood (Luke 22:20).

This feast is the second of the three harvest feasts. It occurs exactly seven weeks after the Feast of First Fruits, so it’s also called Pentecost which means “50 days.” Traditionally, people were expected to bring the first harvest of grain to the Lord including two leavened loaves of bread. 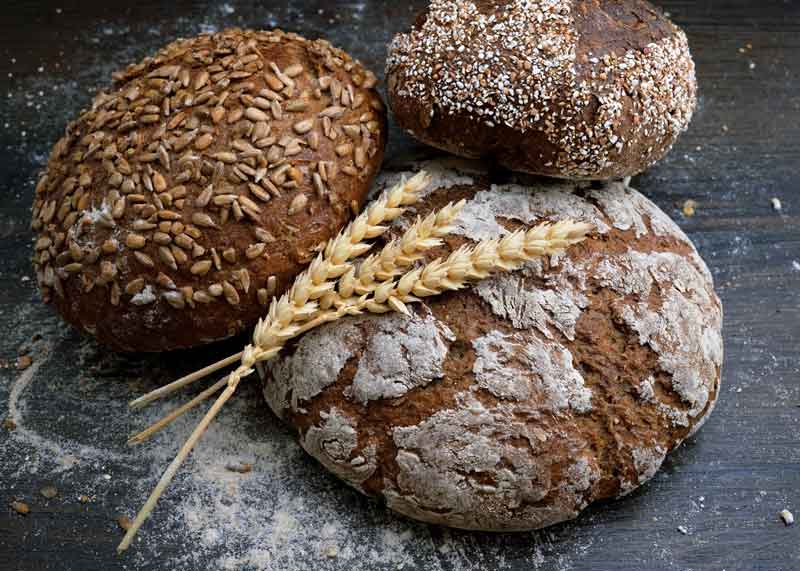 God’s plan to save souls included more than the Jews. Through Jesus, this plan was revealed. In Matthew 9:37 Jesus tells his disciples that “the harvest is great, but the workers are few.” Then he put the plan into place: In Acts 1:4 he tells them to wait in Jerusalem for the Holy Spirit.

That arrival was the day the Church was born — Pentecost — and the harvest began with 3,000 souls. The message spread to both Jews and Gentiles (the two leavened loaves of bread), extending the harvest to us!

In a beautiful declaration God commands his people to rest. During this time all regular work is prohibited, and men and women present a food offering to God.

In Leviticus 23:24 God commands his people to gather and to commemorate the decree with trumpet blasts.

On the same front, the sound of a trumpet is also associated with the rapture, or the time Jesus will return for his bride (1 Corinthians 15:52). Once he returns, there will be a wedding feast of celebration. Revelation 19:9 says, “Blessed are those who are invited to the wedding feast of the Lamb” (NLT). He’s preparing us to celebrate!

To make “atonement” is to make restitution for wrongs committed. As a day of humility and repentance to God, it was a time for the Jews to get their hearts, consciences and lives right before him. The observance involved the sacrifice of animals as the High Priest entered the Holy of Holies. What the High Priest did there couldn’t offer more than an annual payment for their sins. However, hiding in plain sight was the promise of one who could atone for their sins permanently (Hebrews 9:12). 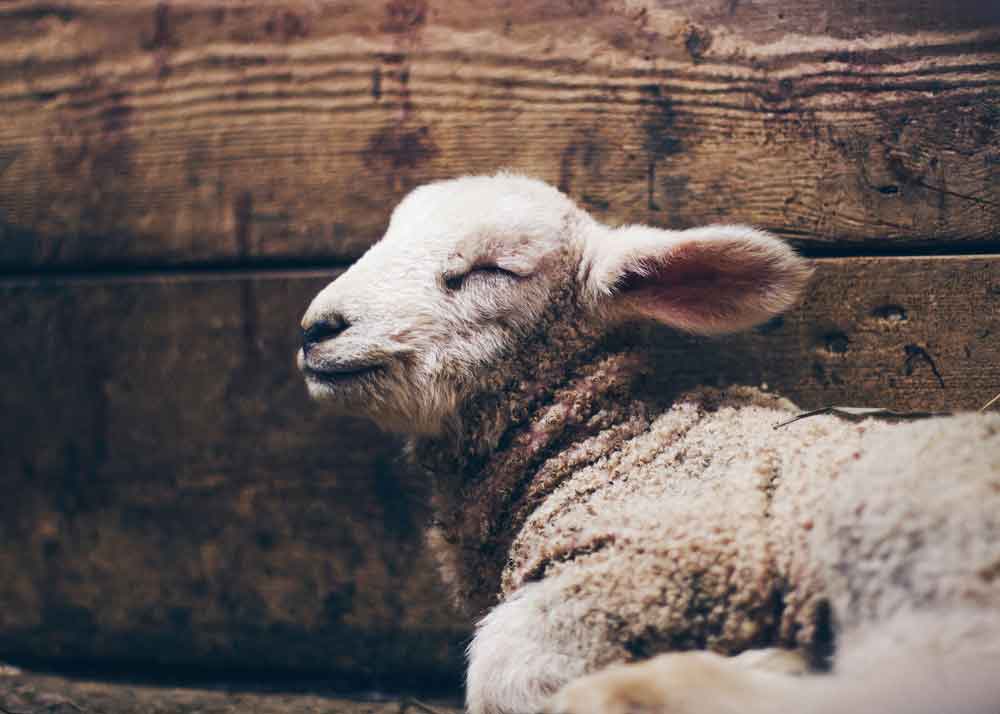 Where is Jesus in these sacrificed animals? The bull and one of the goats was an offering of thanks, but the “scapegoat” took on their sins (Leviticus 16:10). The scapegoat was to be burdened with all the sins of Israel and sent into the wilderness.

The Jewish leaders condemned Jesus, and he — burdened with the sins of all mankind — was led out of the city to be crucified: “He himself is the sacrifice that atones for our sins — and not only our sins but the sins of the world” (1 John 2:2, NLT).

The necessity of the Day of Atonement was rendered void by Jesus’ death on the cross — our debt has been paid!

Celebration always follows the Day of Atonement. The Feast of Tabernacles celebrates God’s provision and protection for the people of Israel during their 40 years wandering in the wilderness; for the seven days of the feast, people live in temporary structures like they did in the wilderness. The Lord himself was with the Israelites in the desert, in a tented temple called the tabernacle, so the feast also celebrates his presence as he tabernacles (dwells) with us. 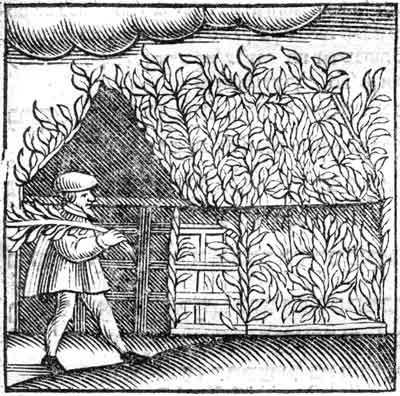 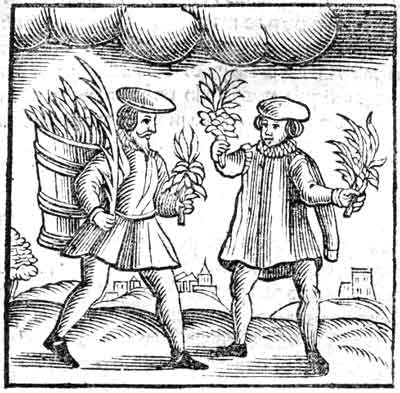 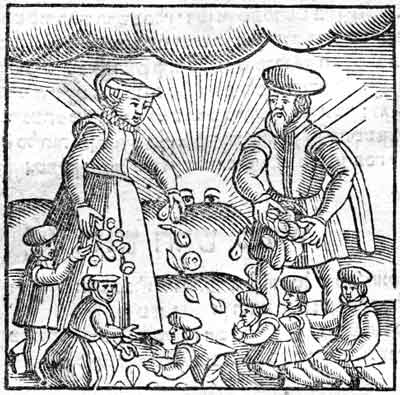 Jesus is called Emmanuel, meaning “God is with us” (Matthew 1:23, NLT). He put on a temporary tabernacle — a human body — to dwell on this earth and offer himself as a sacrifice.

This feast also points to the promise that God will return and rally with his people — in the person of Jesus. And when he does, he has promised that there will be no more death and suffering, that he himself will wipe away every tear from our eyes (Revelation 21:4). His return is the final answer to the hope we’ve carried our entire lives. What a day that will be!

Unlike searching for Waldo in a messy world, we can pray for God’s wisdom as we read his Word. Even with this small glimpse into these feasts, we see his intentional love for humanity has endured centuries, and he has left us clues that foreshadow the beauty that is to come. The Old Testament has many hidden truths that, in light of the New Testament, bring a richer understanding to your life in Jesus Christ. 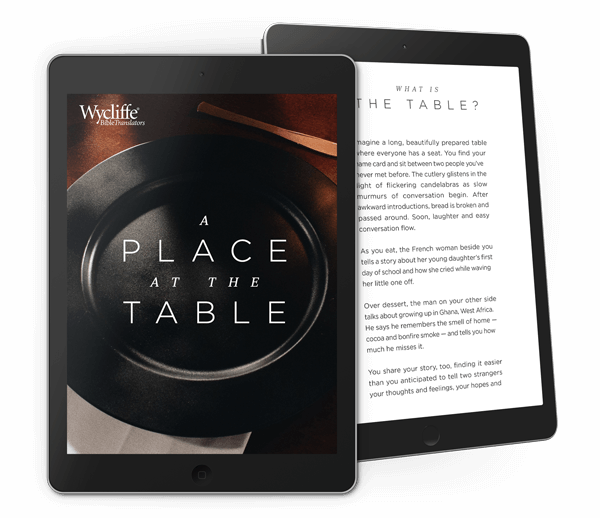 A Place at the Table

You’re invited to explore what it means to be part of the kingdom of heaven here on earth in our free, 7-day devotional called “A Place at the Table.”

Sign up to receive the free devotional. You'll also receive ongoing updates about our work.

Thanks! Please check your inbox for your free devotional.

Will you pray for the Bibleless?

The Bibleless Peoples Prayer Project needs you! Join our worldwide prayer team for those awaiting and translating Scripture!